Joseph Mwamba is a first-generational, African-American media professional who writes Young Adult/New Adult TV dramadies. He’s currently the Writers’ Assistant and Freelance Writer for season two of Netflix’s upcoming anime Tom Clancy’s Splinter Cell, where he’ll get to write an episode. Previous, he was the Writers’ PA for season four of Netflix’s psychological thriller YOU and season two of Apple TV’s murder-mystery comedy The Afterparty.

Born and raised on the outskirts of the University of Notre Dame, Joe was raised to be proactive and efficient by his immigrant parents. After receiving his B.S. in Finance from Indiana University back in May 2013, he won a fellowship with the International Radio and Television Society which brought him to New York City for an MTV internship. This led to 4 years working for MTV/VH1 in their programming department as an assistant, and eventually coordinator. In March 2015, he founded Telemazing, where he assembled a team of correspondents and created videos, podcasts, and articles about TV shows. He executive produced, directed, and edited over 240 videos and 50 podcasts over 2.5 years.

In August 2017, Joe ended Telemazing and left VH1 to attend graduate school at Chapman University in Orange, California. There, he produced 2 mini-short films, 2 short films, and a thesis short, managing a budget of $15,000 while shooting on location in Wilson, Kansas. Over his two years of graduate school, he was a UPM for multiple short films and attended various internships in Los Angeles at FOX Broadcasting Network, Echo Lake, Plan B, Legendary, and United Talent Agency. When Joe received his M.F.A. in Producing in May 2019, UTA hired him to assist two TV Lit agents. 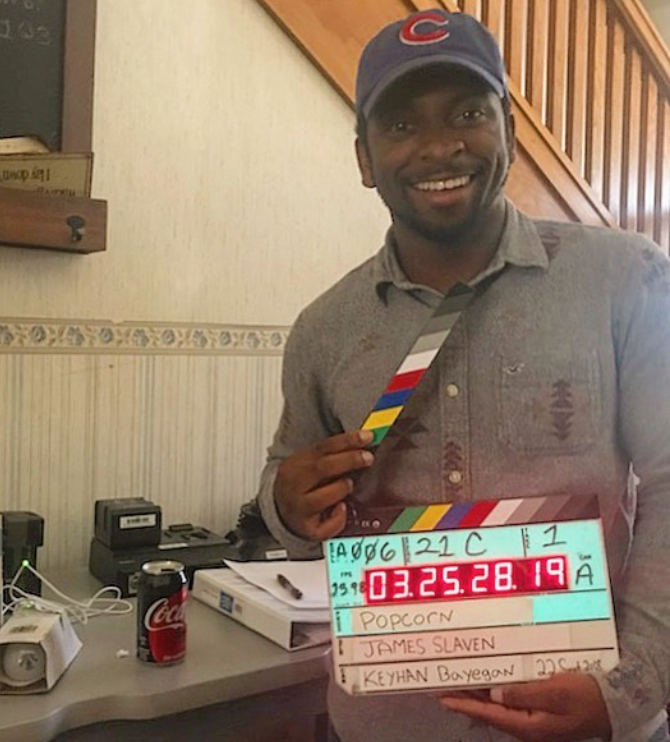 During the Coronavirus pandemic, Joe took a step back to finally pivot towards joining a writer’s room by focusing on his networking and writing. He enjoys writing about Gen-Z characters who’ve completed their coming-of-age story knowing what they want and passionately go after that want at full speed – which can lead to grand success or their own destruction…or both. Creating alternative modern realities with slight yet grounded world-building, Joe wants to write Young Adult/New Adult shows similar to how The West Wing was written for politics: wouldn’t the world be better if these characters really existed? In a TV market saturated with Y.A. content trying to be relatable, Joe wants to write Y.A. shows that are aspirational.

His teen action-adventure script The Knight’s Phoenix earned nine accolades in the last year, including being endorsed officially by Coverfly, being selected into Roadmap Writers‘ BIPOC Initiative, and recently winning the Grand Prize for Emerging Screenwriters’ ACTION & ADVENTURE Screenplay Competition. He’s written seven scripts during the pandemic, including tween adventure script The Treehouse and post-college dramedy Santa Monica. His most recent script is a teen mystery dramedy Finding a Lost Pen, which recently became a Quarterfinalist in this year’s Screencraft Fellowship and WeScreenplay TV Pilot competitions.

While busy writing, Joe became a mentor for the Indiana University Media School’s Semester in LA Mentorship and the 2022 winners of the WeScreenplay’s College Lab. He’s additionally a mentee of the 2022 HRTS Mentorship Program, and was a script reader for the 2021 Diverso Minority Report Fellowship Program. He also runs a Young Adult Writer’s Group, co-runs the #WGAMix Discord server (of over 1700 writers) with monthly virtual mixers, and runs a TV Club for New Hollywood Association.