We finished Week 5 of Telemazing’s 2nd Season, so here’s what your TV hangout was up to this week:

It was another hilarious installment of Speed Round (Group Edition), which included the Joke/Blooper of the Year. Oh, and we had a winner too:

With Co-host Rachel Leishman back and Telemazing’s Denim James in the studio, the gang talked about The CW renewing every single one of their shows. They also talked about Switched At Birth ending and its significance to the ASL community. Host Joseph Mwamba talks about watching show newbie The Real O’Neals, while Tim and Rachel geek out about American Horror Story:

For the month of March, we’re covering the best shows for each Decade. Tuesday, we showcased the 1980s. Subhash Santosh, Alex Di Trolio, Joseph Mwamba, & Cody Boccia debated which shows best represented the 80s. See which 5 shows made the list:

No Periscope this week, BUT we did get an awesome shout out from one of our YouTube friends Seasoned Reviews (Jason from England; we recommended his channel at the end of Season 1)! It was unfortunate news as he’s taking a hiatus from this YouTube channel. However, Telemazing was one of his two recommendations to watch while he was away. COME BACK SOON, JASON!

Will Arnett already has his animated show Bojack Horseman on Netflix. But he now has his own starring role in Netflix’s Flaked about a recovering alcoholic who’s internal struggles finally catch up to his external admirers. Denim James, Alex Di Trolio, Joseph Mwamba, and Cody Boccia investigated whether the show was worth watching:

We’ve officially calculated on February 29th, we surpassed 20,000 minutes watched as a channel. March 1st was our 13,000th view on the channel, with March 7th being our channel’s 500th like.

In addition, Wednesday became our 2nd most-watched day of the season, with over 2 hours viewed on our channel: 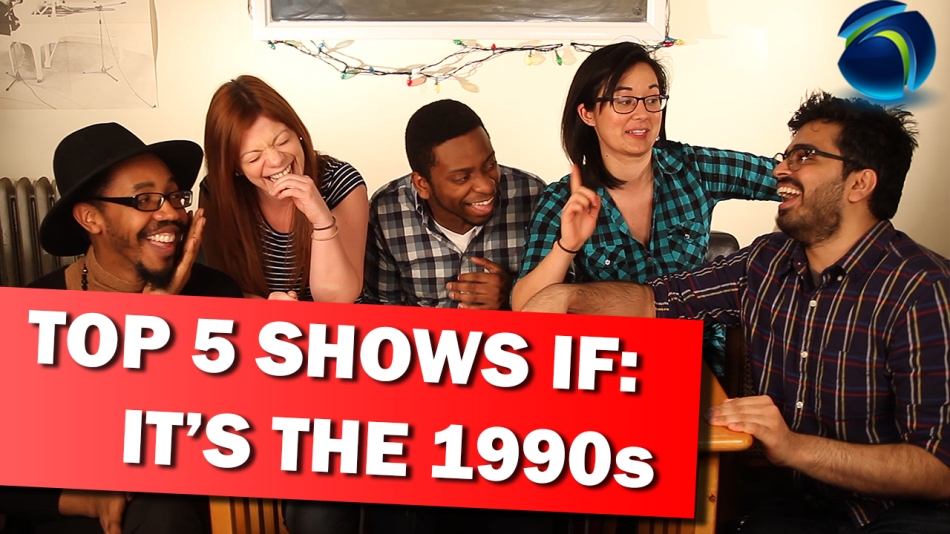 THIS IS IT: The biggest, most-devastating, stressful Top 5 list we’ve done. How do you grow up during this period and limit your childhood to 5 shows? This was the toughest list we’ve debated since our first Top 5 list this season. Some choices were obvious…but the problem was all the shows proposed were obvious.

In addition to the Top 5 List, we’ll be reviewing Netflix’s The Characters for Thursday’s Show 3VIEW.

Becoming a subscriber on YouTube helps our channel not only grow, but get noticed by other visitors. We’re SO CLOSE to 200 subscribers, so if you are not a subscriber yet, press the giant Subscribe button above!

If you’ve already subscribed, then show this newsletter to a friend who also loves TV. Help our channel grow, and we’ll keep bringing you the best videos and podcasts!

SUPPORT US ON PATREON

We’re focusing strictly on getting subscribers for the channel, but that doesn’t mean you can’t help us make our channel better! Support us on Patreon at patreon.com/telemazing and get certain perks for helping us out. We heavily appreciate it.

Just a reminder of we have beautiful faces.

AND LASTLY, AS ALWAYS

We’ll see you on Sunday GameDay! Thank you so, so, so much for your amazing support! If you have any recommendations, suggestions, or want to help Telemazing out, email [email protected].

Talk About The Show Below Cancel reply